I should confess right upfront that I heavily researched (stolen) most of my ideas from the Aquaponics community and in particular, Rob Gray, whose excellent Rob Bob’s Aquaponics & Backyard Farm YouTube channel, is a great source of inspiration and knowledge.

My initial foray into this world was to test the concept using a 200 litre barrel in a ‘chop and flip’ style. Rob has a comprehensive video describing how to build such a system and it is very simple: 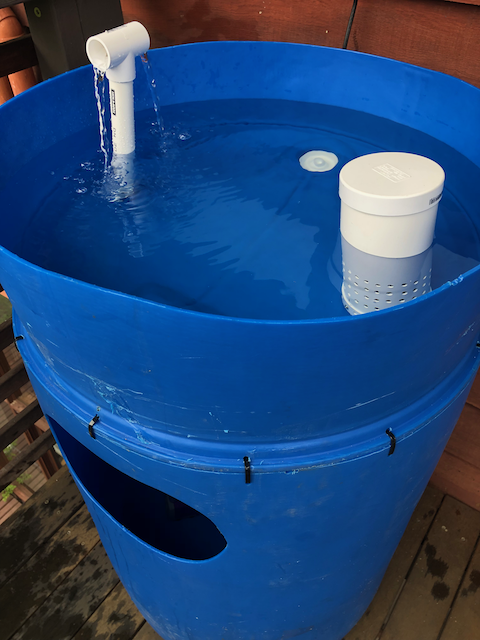 The grow media I used was LECA (light expanded clay aggregate), little clay balls which are full of tiny holes and provide a medium for the plants to grow in plus somewhere to host the nitrifying bacteria that convert the ammonia exuded by the fish into nitrites and then nitrates. 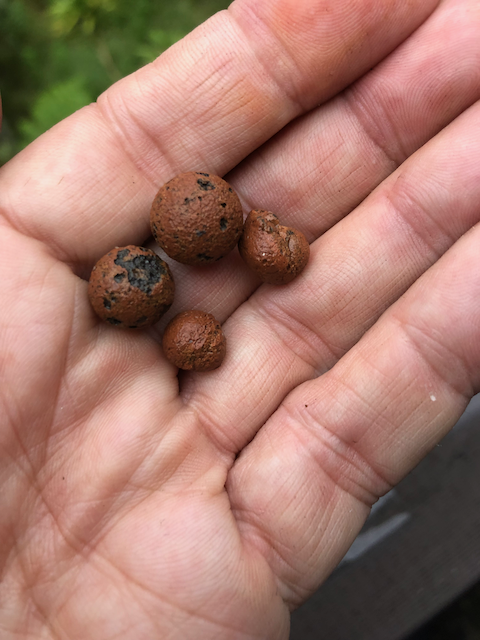 I initially had some goldfish as my ammonia source and I was growing mostly herbs and leafy greens. This worked really well as you can see: 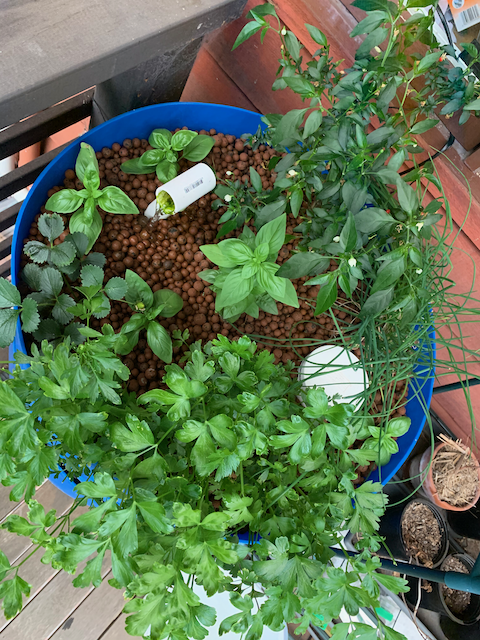 I am currently running the barrel as a “fishless” system by adding ammonia directly to the water and supplementing it with nutrients like “Charlie Carp”.

I obtain the ammonia by distillation of Cloudy Ammonia ($1.25 per litre from Woolworths) which is far cheaper than buying aqueous ammonia from chemical supply companies (about $30 per litre and you probably end up on a persons of interest register…).

This chop and flip barrel opened me up to the possibilities of Aquaponic growing systems and I have since built a much bigger system with fish as the primary ammonia source, which I will cover in a later blog post.